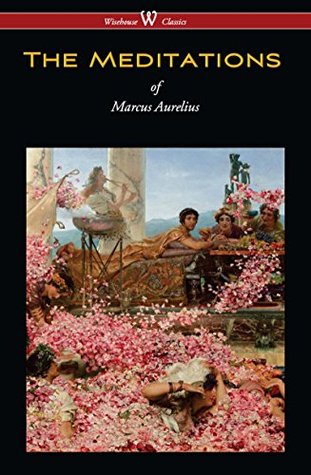 and to love my children truly

From Maximus I learned self-government, and not to be led aside by anything; and cheerfulness in all circumstances, as well as in illness; and a just admixture in the moral character of sweetness and dignity, and to do what was set before me without complaining. I observed that everybody believed that he thought as he spoke, and that in all that he did he never had any bad intention; and he never showed amazement and surprise, and was never in a hurry, and never put off doing a thing, nor was perplexed nor dejected, nor did he ever laugh to disguise his vexation, nor, on the other hand, was he ever passionate or suspicious. He was accustomed to do acts of beneficence, and was ready to forgive, and was free from all falsehood; and he presented the appearance of a man who could not be diverted from right rather than of a man who had been improved. I observed, too, that no man could ever think that he was despised by Maximus, or ever venture to think himself a better man. He had also the art of being humorous in an agreeable way.

but he examined all things severally, as if he had abundance of time, and without confusion, in an orderly way, vigorously and consistently

bring me to the knowledge that it is possible for a man to live in a palace without wanting either guards or embroidered dresses, or torches and statues

But death certainly, and life, honour and dishonour, pain and pleasure, all these things equally happen to good men and bad, being things which make us neither better nor worse. Therefore they are neither good nor evil.

Of human life the time is a point, and the substance is in a flux, and the perception dull, and the composition of the whole body subject to putrefaction, and the soul a whirl, and fortune hard to divine, and fame a thing devoid of judgement.

what belongs to the soul is a dream and vapour, and life is a warfare and a stranger’s sojourn, and after-fame is oblivion

We must make haste then, not only because we are daily nearer to death, but also because the conception of things and the understanding of them cease first.

Labour not unwillingly, nor without regard to the common interest, nor without due consideration, nor with distraction; nor let studied ornament set off thy thoughts, and be not either a man of many words, or busy about too many things.

and seek not external help nor the tranquility which others give

Never value anything as profitable to thyself which shall compel thee to break thy promise, to lose thy self-respect, to hate any man, to suspect, to curse, to act the hypocrite.

bear in mind that every man lives only this present time, which is an indivisible point, and that all the rest of his life is either past or it is uncertain.

If thou workest at that which is before thee, following right reason seriously, vigorously, calmly, without allowing anything else to distract thee, but keeping thy divine part pure, as if thou shouldst be bound to give it back immediately; if thou holdest to this, expect nothing, fearing nothing, but satisfied with thy present activity according to nature, and with heroic truth in every word and sound which thou utterest, thou will live happy. And there is no man who is able to prevent this.

Remember to retire into this little territory of thy own, and above all do not distract or strain thyself, but be free, and look at things as a man, as a human being, as a citizen, as a mortal.

pass through the rest of life like one who has intrusted to the gods with his whole soul all that he has, making thyself neither the tyrant nor the slave of any man.

for such is disease, and death, and calumny, and treachery, and whatever else delights fools or vexes them.

Do not then consider life a thing of any value. For look to the immensity of time behind thee, and to the time which is before thee, another boundless space. In this infinity then what is the difference between him who lives three days and him who lives three generations?

A third in a manner does not even know what he has done, but he is like a vine which has produced grapes, and seeks for nothing more after it has once produced its proper fruit. As a horse when he has run, a dog when he has tracked the game, a bee when it has made the honey, so a man when he has done a good act, does not call out for others to come and see, but he goes on to another act, as a vine goes on to produce again the grapes in season.

If any man is able to convince me and show me that I do not think or act right, I will gladly change; for I seek the truth by which no man was ever injured. But he is injured who abides in his error and ignorance.

It is in our power to have no opinion about a thing, and not to be disturbed in our soul; for things themselves have no natural power to form our judgements.

There is nothing new: all things are both familiar and short-lived.

To recover thy life is in thy power.

it is thy business to do thy duty like a soldier in the assault on a town.

Always bear this in mind; and another thing too, that very little indeed is necessary for living a happy life.

It is satisfaction to a man to do the proper works of a man.

Set thyself in motion, if it is in thy power, and do not look about thee to see if any one will observe it; nor yet expect Plato’s Republic: but be content if the smallest thing goes on well, and consider such an event to be no small matter.

Simple and modest is the work of philosophy. Draw me not aside to indolence and pride.

What are these men’s leading principles, and about what kind of things are they busy, and for what kind of reasons do they love and honour?

No longer talk at all about the kind of man that a good man ought to be, but be such.

I have often wondered how it is that every man loves himself more than all the rest of men, but yet sets less value on his own opinion of himself than on the opinion of others.