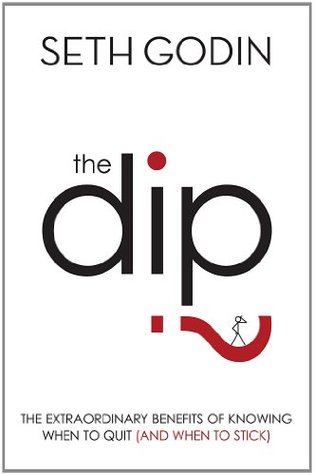 Being the Best in the World Is Seriously Underrated

Quit the wrong stuff. Stick with the right stuff. Have the guts to do one or the other.

You really can’t try to do everything, especially if you intend to be the best in the world.

It’s called Zipf’s law, and it applies to résumés and college application rates and best - selling records and everything in between. Winners win big because the marketplace loves a winner.

With limited time or opportunity to experiment, we intentionally narrow our choices to those at the top.

The system depends on it.

So world is a pretty flexible term.

The mass market is dying. There is no longer one best song or one best kind of coffee. Now there are a million micromarkets, but each micromarket still has a best.

being the best in that world is the place to be.

World is selfish. It’s my definition, not yours.

Be the best in my world and you have me, at a premium, right now.

So are you, if you want to be.

The problem with infinity is that there’s too much of it.

If you’re not going to put in the effort to be my best possible choice, why bother ?

Just about everything you learned in school about life is wrong, but the wrongest thing might very well be this : Being well rounded is the secret to success.

The people who skip the hard questions are in the majority, but they are not in demand.

Strategic quitting is the secret of successful organizations. Reactive quitting and serial quitting are the bane of those that strive ( and fail ) to get what they want. And most people do just that. They quit when it’s painful and stick when they can’t be bothered to quit.

If you took organic chemistry in college, you’ve experienced the Dip. Academia doesn’t want too many unmotivated people to attempt medical school, so they set up a screen. Organic chemistry is the killer class, the screen that separates the doctors from the psychologists. If you can’t handle organic chemistry, well , then, you can’t go to med school.

Of course, if you look at the résumé of a typical CEO, you’ll see that he endured a twenty - five - year Dip before landing the job.

It’s easy to be a CEO. What’s hard is getting there.

Scarcity, as we’ve seen, is the secret to value. If there wasn’t a Dip, there’d be no scarcity.

The difference between a mediocre club player and a regional champion isn’t inborn talent — it’s the ability to push through the moments where it’s just easier to quit.

The mature thing is not even to bother starting to snowboard because you’re probably not going to make it through the Dip. And the stupid thing to do is to start, give it your best shot, waste a lot of time and money, and quit right in the middle of the Dip.

it teaches people in the organization that it’s okay not to be the best in the world.

The Dip is the reason you’re here. Whether you’re lifting weights or negotiating a sale or applying for a job or lunging for a tennis ball, you’ve made a huge investment. You’ve invested time and money and effort to get to this moment. You’ve acquired the equipment and the education and the reputation … all so you can confront this Dip, right now.

job seekers who can demonstrate competency at a dozen tasks instead of mastery of just one.

the real success goes to those who obsess.

It’s easier to be mediocre than it is to confront reality and quit.

Weight training is a fascinating science. Basically, you do a minute or two of work for no reason other than to tire out your muscle so that the last few seconds of work will cause that muscle to grow.

People who train successfully pay their dues for the first minute or two and then get all the benefits at the very end. Unsuccessful trainers pay exactly the same dues but stop a few seconds too early

Quitting when you hit the Dip is a bad idea

you’ll find yourself becoming a serial quitter, starting many things but accomplishing little

You lose interest or enthusiasm or settle for being mediocre

lots of people sign up for a health - club membership ( having a lot of members lets the club keep rates reasonable ), but the club itself is small because very few people actually come frequently after they join. That’s built into the system. If everyone who joined came, you’d never be able to find an empty bike or to afford a membership.

It’s no wonder we quit. The system wants us to.

As the Declaration of Independence warns us, “ all experience hath shewn that mankind are more disposed to suffer, while evils are sufferable, than to right themselves by abolishing the forms to which they are accustomed. ”

If you can get through the Dip, if you can keep going when the system is expecting you to stop, you will achieve extraordinary results. People who make it through the Dip are scarce indeed, so they generate more value.

The next time you catch yourself being average when you feel like quitting, realize that you have only two good choices : Quit or be exceptional. Average is for losers.

If it takes ten impressions to make an impact, and you’ve delivered eight, that switch is going to cost you a lot of time and money.

So while one publisher runs from author to author looking for an instant best seller, another nurtures Dr. Seuss or Stephen King as he slowly builds an audience.

We’re seduced by the tales of actresses being discovered at the local drugstore , or a classmate who got a fantastic job just by showing up at the college placement office.

When a kid drops out of football or karate, it’s not because she’s carefully considered the long - term consequences of her action. She does it because her coach keeps yelling at her, and it’s not fun. It’s better to stop.

Persistent people are able to visualize the idea of light at the end of the tunnel when others can’t see it.

Doug has hit a plateau. He’s not going to be challenged, pushed, or promoted to president. Doug, regardless of what he could actually accomplish, has stopped evolving — at least in the eyes of the people who matter.

Our parents and grandparents believed you should stay at a job for five years, ten years, or even your whole life. But in a world where companies come and go — where they grow from nothing to the Fortune 500 and then disappear, all in a few years — that’s just not possible.

And changing someone’s mind is difficult, if not impossible.

Sergey Brin, cofounder of Google, told me, “ We knew that Google was going to get better every single day as we worked on it, and we knew that sooner or later, everyone was going to try it. So our feeling was that the later you tried it, the better it was for us because we’d make a better impression with better technology. So we were never in a big hurry to get you to use it today. Tomorrow would be better. ”

A job is just a tactic, a way to get to what you really want.

If it scares you, it might be a good thing to try.

This book is really short. Short books are hard to write, but you made me do it. My readers are excellent correspondents, and this is something I’ve learned from them along the way: Write less.